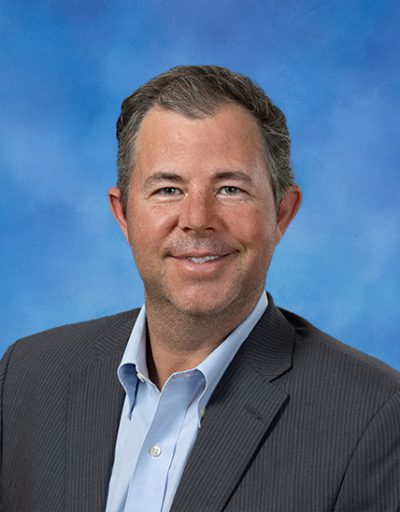 Stuart graduated from the University of Tennessee at Chattanooga in 1999 with a degree in Business Administration with a concentration in Marketing and Finance. Stuart began his career as a financial advisor with Northwestern Mutual, discovering his passion for working with employer groups to manage risk associated with health and welfare plans.

Stuart served as vice president of sales for Cariten Healthcare, which was acquired by Humana, where he stayed on for 10 years as a senior sales executive, managing sales and accounts in eastern Tennessee. His years of analyzing health plans from a financial perspective allowed Stuart to bring a unique and thorough knowledge of healthcare to his job at eBen.

Stuart and wife Erica have two children, Connor and Addison. Connor is a standout basketball player; Stuart spends most of his free time practicing and traveling to AAU tournaments. Addison is a swimmer and artist who enjoys every minute of every day to the fullest. In addition to kids’ activities, Stuart enjoys playing golf.