What are the Medicare Secondary Payer Rules?

The best summation of the law is from the Centers for Medicare and Medicaid Services (CMS) website on Medicare Secondary Payer:

An employer cannot offer, subsidize, or be involved in the arrangement of a Medicare supplement policy where the law makes Medicare the secondary payer. Even if the employer does not contribute to the premium, but merely collects it and forwards it to the appropriate individual’s insurance company, the GHP policy is the primary payer to Medicare.

Could we change our group health plan rules to exclude eligibility for employees (or dependents) who are Medicare-eligible? 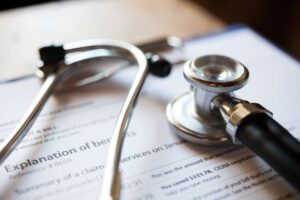 No. Under various sections of Medicare laws (and numerous court cases), group health plans and employers may not consider that an individual is entitled to Medicare for the purpose of eligibility or claims payment in any of the following situations:

Some examples of the kind of actions that are strictly prohibited include:

What if we have a corporate policy that allows an employee to use their cafeteria dollars for Medicare Secondary instead of on the group health plan? 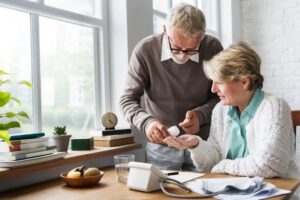 Any corporate policy to allow employees to use their benefits dollars to purchase, when applicable, Medicare Supplemental policies, as well as Part B and Part D premiums, is likely to be determined by the Centers for Medicare and Medicaid Services (“CMS”) to be in violation of federal Medicare Secondary Payer laws. These laws state in relevant part:

An employer or other entity (for example, an insurer) is prohibited from offering Medicare beneficiaries financial or other benefits as incentives not to enroll in, or to terminate enrollment in, a GHP that is, or would be, primary to Medicare. This prohibition precludes offering to Medicare beneficiaries an alternative to the employer’s primary plan (for example, coverage of prescription drugs) unless the beneficiary has primary coverage other than Medicare. 42 CFR § 411.303(a).

Any similar practice is, in my opinion, in violation of the federal statute and regulations concerning Medicare Secondary Payer laws, even though if the employer is providing the same level of benefit dollars on a monthly basis to all of your employees, regardless of whether they are Medicare eligible or not.

Could the employer ask their Medicare-eligible employees to go off the group health plan and elect Medicare instead?

They could but there are penalties for simply suggesting this under the Medicare Secondary Payer rules. Under IRS and HHS regulations, any act by the employer to encourage a Medicare-eligible employee to take Medicare instead of staying on the group health plan incurs a penalty of $10,360 per incident for 2023.

Additionally, they can require the employer to reimburse Medicare for any claims paid primary that should have been paid secondary. This can often be a significant sum. Here’s how that works:

When Medicare is the secondary payer, the healthcare provider first submits a claim to the beneficiary’s primary payer, who processes the claim according to the terms of the coverage contract. If the primary payer does not pay the full charges for the service, Medicare secondary payments may be made if the service is covered by Medicare. In no case can the actual amount paid by Medicare exceed the amount it would pay as primary payer. Any primary payments from a third-party payer for Medicare-covered services are credited toward the beneficiary’s Medicare Part A and Part B deductibles and, if applicable, coinsurance amounts. However, if the primary payment is less than the deductible, the beneficiary may be responsible for paying his/her unmet Medicare deductibles and coinsurance amounts.

The Medicare secondary payment amount is subject to certain limits. For some services, such as inpatient hospital care, the combined payment by the primary payer and Medicare cannot exceed Medicare’s recognized payment amount (without regard to beneficiary cost-sharing charges). 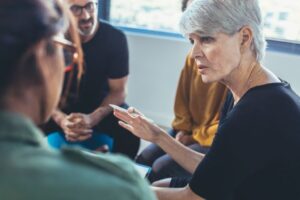 In other cases, such as physicians’ services, the Medicare secondary payment amount cannot exceed the lowest of the calculation of the following three options. For example, assume that a physician charges $175 for a service; the primary payer’s allowable charge is $150, of which it pays 80%, or $120; and Medicare’s recognized payment amount for the service is $125, of which it pays 80%, or $100. The options are described below:

Because Medicare’s secondary payment is based on the lowest of these three options, Medicare would pay $30.

In the past, my client did something that looks like it could be a problem (paid for Medicare Supplemental plan coverage or paid employees who took Medicare “voluntarily” more in salary to offset those costs). What do they do now?

Changing their past practices would show good faith on their side, but certainly would not absolve them from past mistakes. It is important to make a change because with recent changes to the law, these groups are much more likely to get caught.

Why is there a bigger concern now than in the past?

Since late 2009, all health insurers (for insured plans) and employers (for self-funded plans) are required to file quarterly electronic reports with CMS which will allow for accurate tracking of the individuals who are potentially Medicare recipients but may be eligible for group health plan enrollment. These Section 111 information mandates will result, the government hopes, in a significant increase in their “catch” rate of ineligible claims (from approximately 2% to nearly 90%).

Beginning in earnest in early 2016, CMS has partnered with IRS and the Social Security Administration to use the online Data Match questionnaire to collect data about individuals who are enrolled in Medicare and being paid by an employer. We believe this process is designed to identify closer to their goal of 100% of potential Medicare overpayment situations that they believe exist today.

This process has been initiated by letters being sent jointly from the three agencies which have a 30-day deadline to reply. There are penalties for failure to provide the information (according to their website):

Could an employee who is Medicare-eligible voluntarily come off the group health plan in favor of Medicare A, B, and D and Medicare Supplemental coverage?

Yes, if an employee a completely voluntary decision to take Medicare and the employer has done nothing to encourage this choice, then that is permissible. There is no requirement that they are covered. Often this occurs when the cost of coverage or the level of benefits on the group plan is significantly different than what being covered on Medicare with Med Supplemental (or Medicare Advantage) would provide.

Do these “secondary payer” rules only apply to Medicare?

No, since 2009, Congress expanded this secondary payer rule to include the federal military retiree plan (TRICARE). As a result, employers must be careful to not offer similar incentives or encouragement to a military retiree who is eligible and covered by TRICARE to not enroll or to drop group coverage. While they may maintain their health coverage as a military retiree, that coverage must be secondary to their group health plan benefits.

Please be mindful of the Health Savings Account regulatory prohibitions on deposits into those accounts by individuals who are Medicare eligible. Any person who is 65 or older, and enrolled on a qualified high-deductible health plan (HDHP), can not contribute to a health savings account because they are eligible for (not necessarily enrolled in) Medicare. Any eligible employees who fall into this category should be reminded of this restriction as they select their group health plan options.